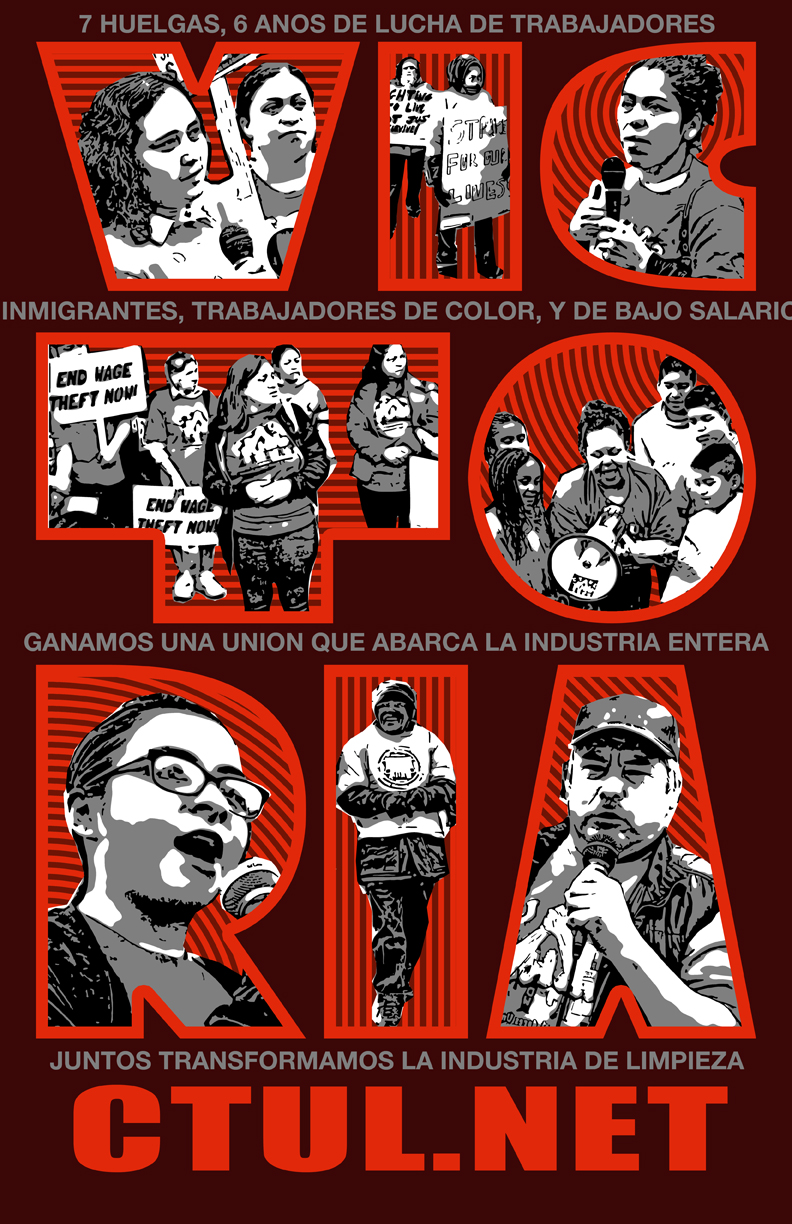 After six years of marches, strikes and more, retail janitors organizing with CTUL have won a permanent voice across the entire industry. The Twin Cities is now the first metropolitan area in the entire country where the retail janitorial industry is union.

Click here for CTUL’s complete statement about the victory.

Maricela Flores, CTUL member and retail janitor, in the Guardian about the victory: “I could have done nothing, but I chose to fight. This has been a long fight, but now I feel overjoyed. All the hard work has paid off.” 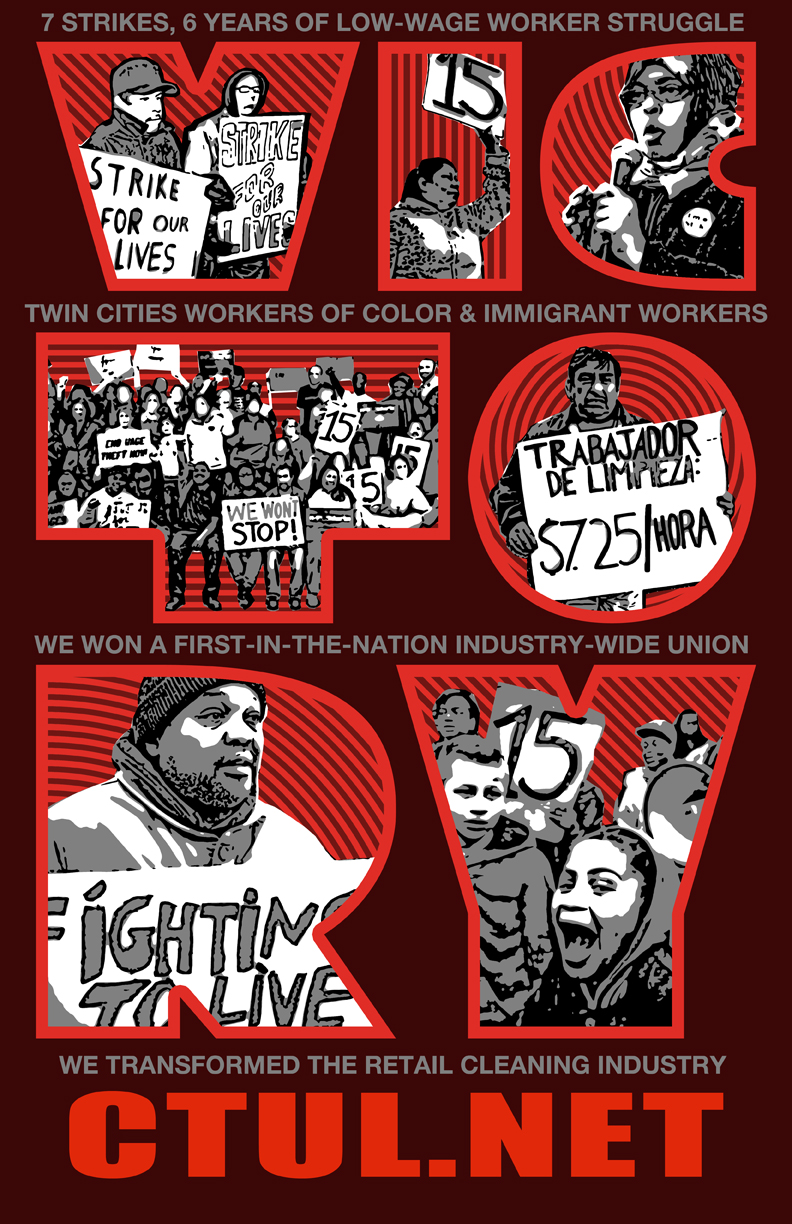 Click here for a timeline of the Campaign for Justice in Retail Cleaning.

Click here for facts about this victory and what it means for workers.

While the majority of the retail janitorial industry is now union, one company refuses to recognize workers’ right to organize: Kimco Cleaning. Kimco cleans Kohl’s, Home Depot and JC Penney in the Twin Cities.

TAKE ACTION TO STAND WITH WORKERS:
–    Kimco workers are gearing up for a major action on November 29, 2016. Click below to donate now.