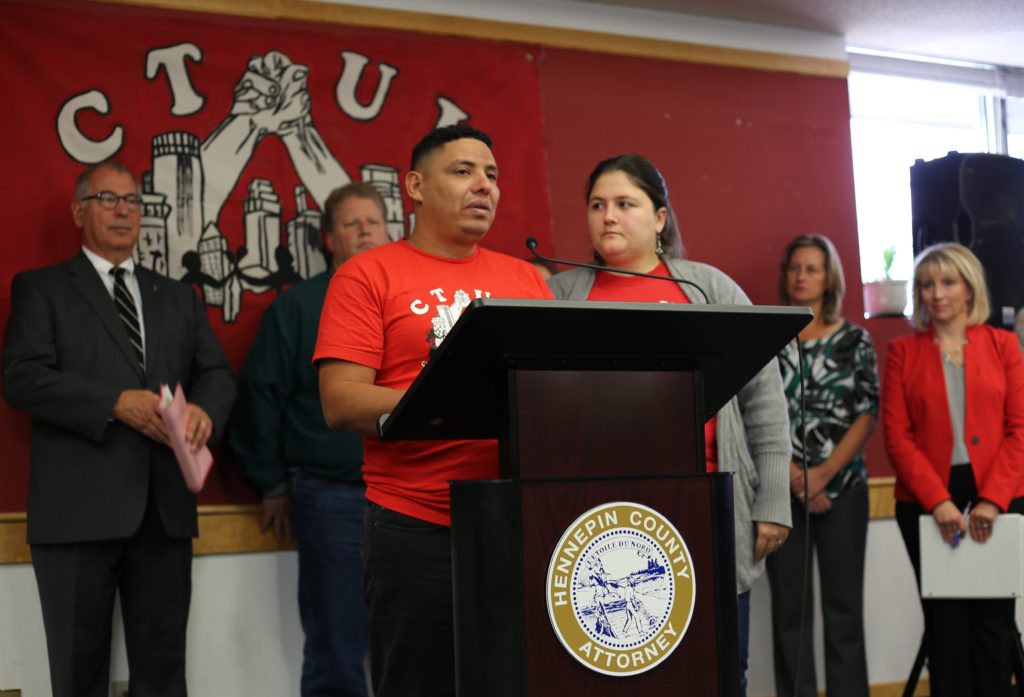 In this case, Ricardo Batres, owner of American Contractors and Associates, was working on construction projects led by Reuter Walton, one of the largest Developers / General Contractors in Minneapolis, and Lennar, the single largest home-builder in the Twin Cities metro area for every year since 2006.

According to the criminal complaint, Ricardo Batres, was charged with (X charges) of insurance fraud, theft by swindle, and labor trafficking in connection with recruiting workers to do framing work on multi-family residential construction projects in the Twin Cities metro area. Workers report that Mr. Batres often brought them from other locations outside of Minnesota, offering a range of benefits, from $18-$23/hour to free housing, and instead forced workers to file LLC documents in order to reduce labor costs and avoid paying state and federal taxes. In many instances, workers report that Mr. Batres threatened workers with calling U.S. Immigration and Customs Enforcement (ICE) if they reported workplace injuries, complained about wage theft, or other workplace violations.

“We decided to fight back because we are human beings who deserve to be treated with dignity, regardless of where we come from, what language we speak, or how we earn the bread we eat, we have basic rights that should never be violated,” said Yimer Iriarte Banegas, one of the (x) workers and  a member of Centro de Trabajadores Unidos en la Lucha (CTUL), a Twin Cities based workers center. .

In the context of the ongoing Development Boom in the Twin Cities, the Trump administration’s targeting of immigrants, communities of color, and ongoing attacks on workers’ rights is helping to facilitate human trafficking. Many large Developers and General Contractors appear to be cutting corners in order to increase their profit margin. As those Developers and General Contractors drive the price down for contracted construction work, workers at the bottom suffer the consequences, reporting wage theft, frequent workplace injuries, and at the extreme, labor trafficking.

“All too often crimes like labor trafficking go unreported, and victims – usually the most vulnerable members of our city – are denied justice,” said Minneapolis Mayor Jacob Frey. “In Minneapolis, we are committed to enforcing our labor laws and holding accountable bad actors who attempt to deny workers the respect and dignity they deserve. Anyone involved in the construction industry should be held to a set of standards that ensures workers are treated with dignity and issues like labor trafficking and wage theft are eradicated.”

“Unethical employers and the developers who use them harm workers,” said Aaron Sojourner of the Department of Work and Organizations, Carlson School of Management at the University of Minnesota. “This low-road strategy puts ethical employers at a competitive disadvantage, creating a race to the bottom. Some real estate developers encourage this by heavily pressuring contractors to reduce costs and turning a blind eye to wrongdoing and corner-cutting. The economy runs on trust. Cheaters corrode it. It requires great courage for workers to stand together against powerful interests.  Everyone who supports fair competition in our community should applaud this action.”

There are some Developers and General Contractors in the industry that hold to a higher standard, and have taken significant steps to ensure that everyone who works on their projects are treated with dignity. 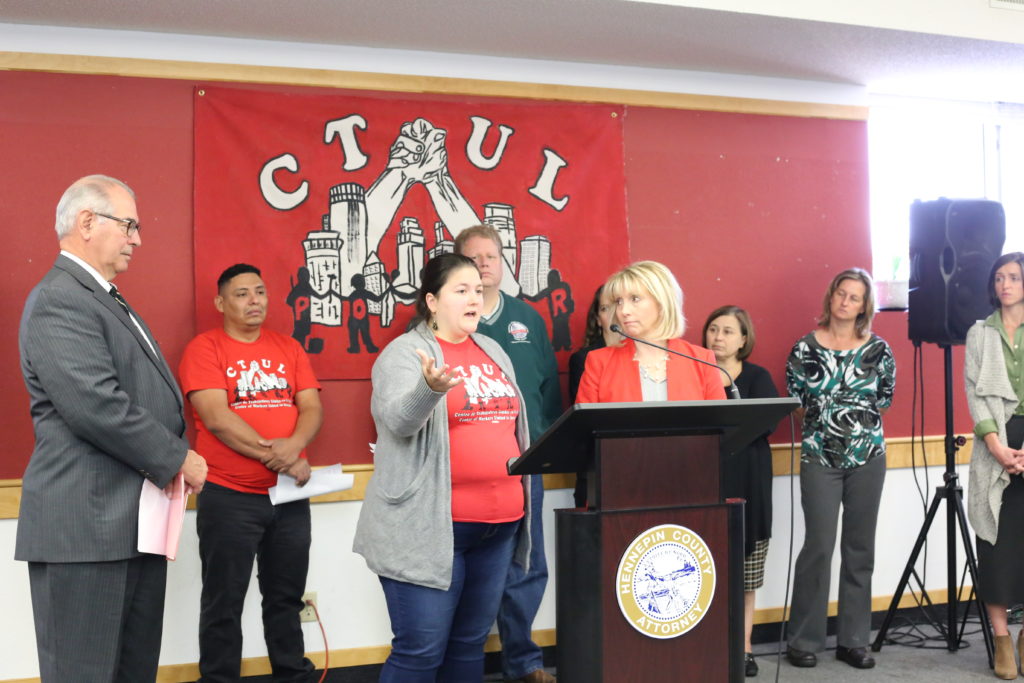 Unfortunately there are other Developers and General Contractors that seemingly do not value the humanity of their workers, instead relying on practices that prey on the most vulnerable members of our community. Over the past decade, CTUL has supported hundreds of construction workers in recovering over $175,000 in unpaid wages. In that same time period, the United States Department of Labor (USDOL) has uncovered at least 235 violations of federal wage and hour laws totaling over $340,000 in back wages owed to construction workers in Minnesota. In addition, the federal Occupational Safety and Health Administration (OSHA) of the USDOL uncovered over 3,500 instances of violations of federal health and safety laws over the past 15 years that exposed over 3,400 workers to “serious” violations of the law, defined by OSHA as a violation where there is a “substantial probability that death or serious physical harm could result from a condition which exists.”

“Human trafficking yields an estimated $150 billion worldwide each year,”said Robin Phillips, Executive Director of The Advocates for Human Rights. Minnesota is not immune to this human rights abuse, which relies on violence and threats to force people to work without pay, in dangerous conditions, and in fear. Human trafficking thrives when systems fail to hold those who profit from exploitation accountable. Today’s charges send an important message that Minnesota will not stand by when workers are victimized.”

“I am appalled that this contractor targeted immigrant workers, and thought he could get away with not paying the wages and worker’s compensation that they are owed,” said Minneapolis Ward 3 City Council Representative Steve Fletcher. “We do not and will never tolerate this behavior in Minneapolis. It’s the responsibility of developers to ensure that every single contractor and subcontractor they hire is following the law and treating everyone on their job site with respect”.