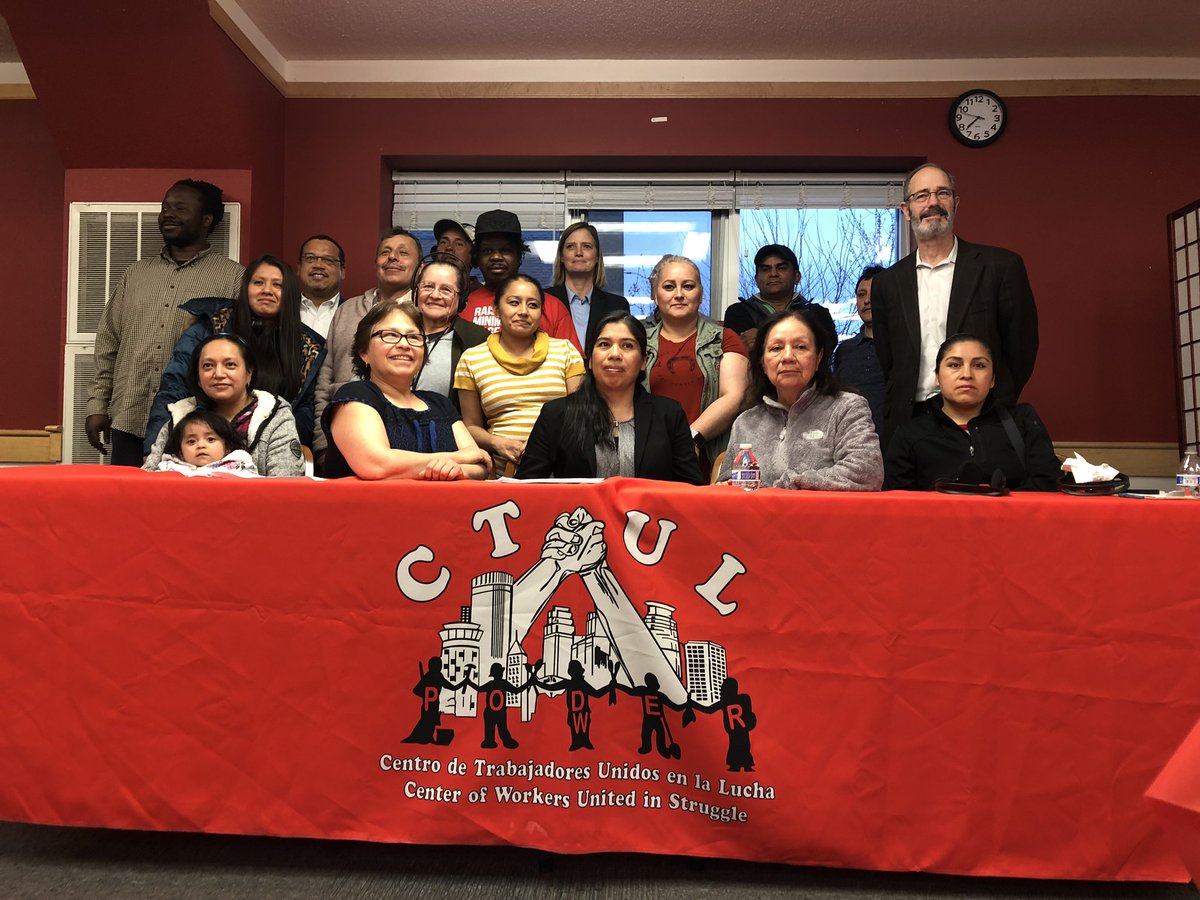 Systemic imbalances of power in the workplace lead to rampant wage theft and other workplace rights violations, disproportionately impacting women, people of color and immigrants. From Minneapolis & St. Paul City Halls to the Minnesota State Capital, CTUL members are fighting to build a worker-driven model of enforcement for workers’ rights that ensures a voice for workers in the workplace.

After winning $15 and Earned Sick and Safe Time, CTUL has partnered with the City of Minneapolis to build a powerful co-enforcement model ensuring that workers have a voice in defending their workplace rights without fear of retaliation. Workers across Minneapolis are now exercising their voices, including Stephen Suffridge and his co-workers who successfully brought to light wage theft happening at McDonald’s. 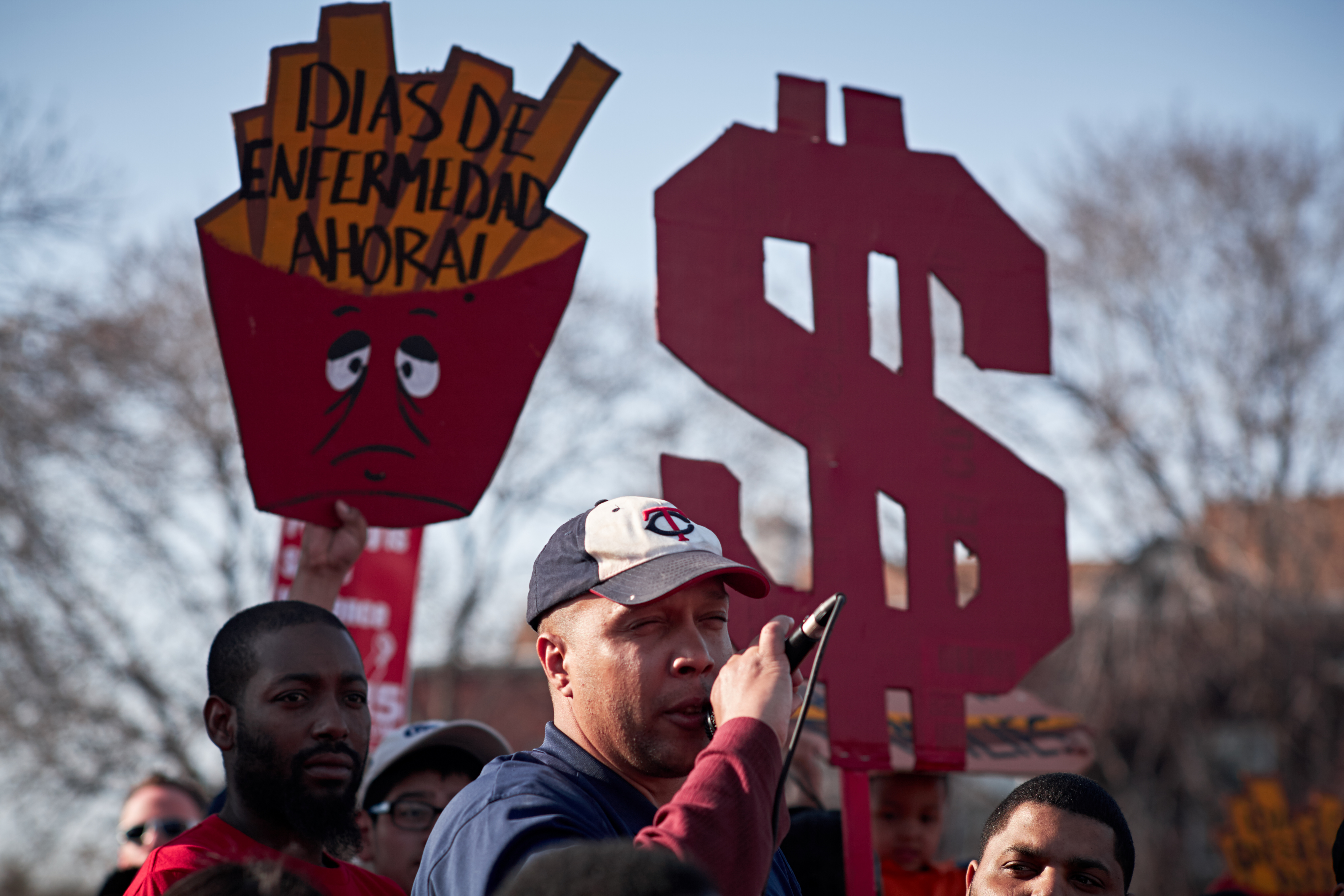 Now CTUL members are fighting to for strategic enforcement in St. Paul. On Wednesday, May 22, 14 workers announced that they had filed charges for violations of the Earned Sick and Safe Time Ordinance, and called for a co-enforcement model in St. Paul similar to Minneapolis. Teal Witherspoon Brown explains that: “Today I will be not only filling my complaint to get my money due to me, but I’m calling on the City of St. Paul to do better…Workers’ voices matter too. We need seats at the table to tell the truth that employers are not following the law and violate our rights every day!” 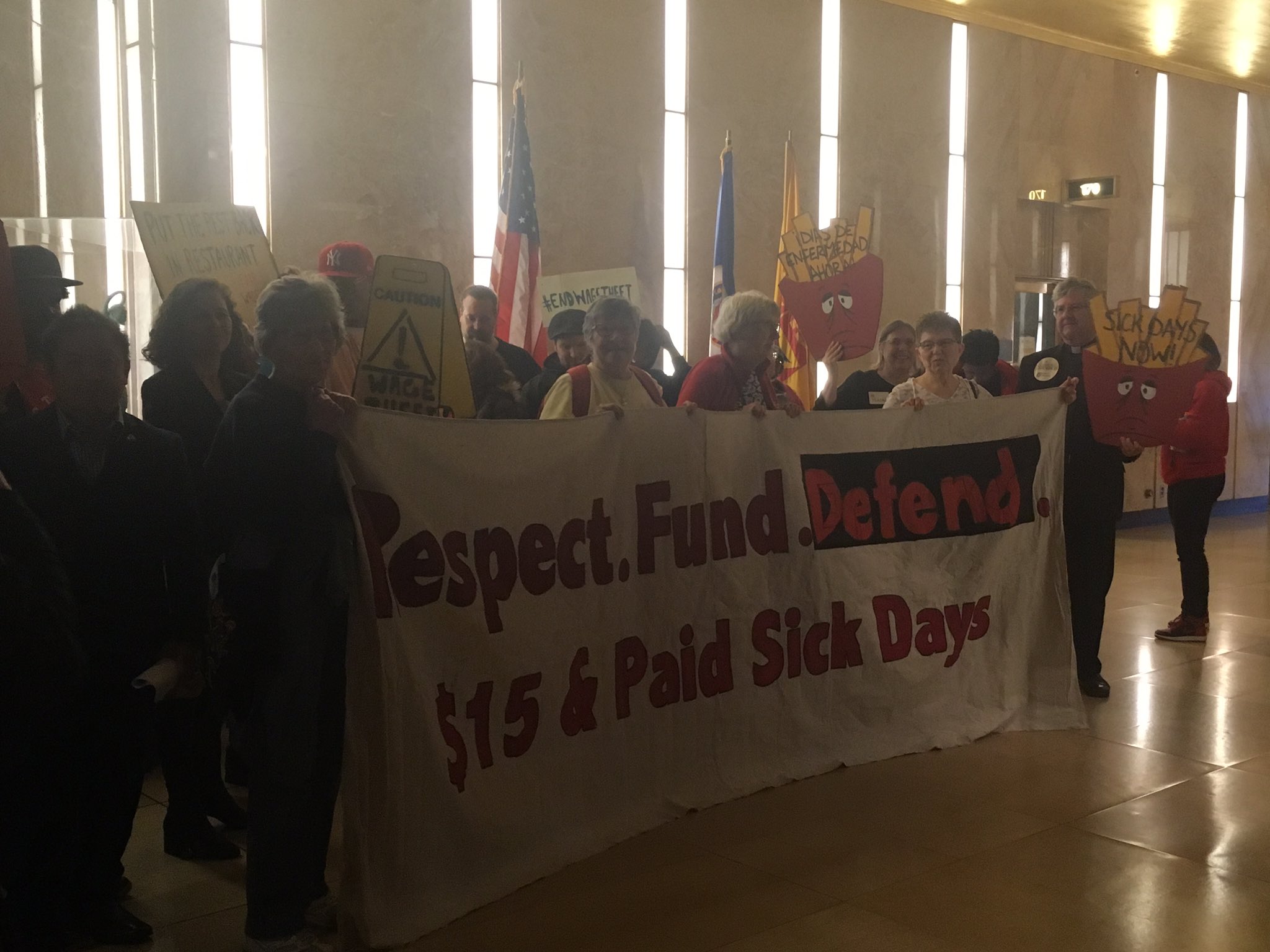 “The only thing employers care about is money. So take away their money,” Filiberto Nolasco, Workday Minnesota, May 23, 2019

“The only thing employers care about is money. So take away their money. Freeze their accounts. Freeze their assets. Take away some of their money, and then they will understand,” [MJ, CTUL member and Burger King worker] said. “They know they can get away with mistreating people who are paid very little. That’s why enforcement is so important because, without accountability, these businesses will knowingly keep breaking the rules and abusing low wage workers.” 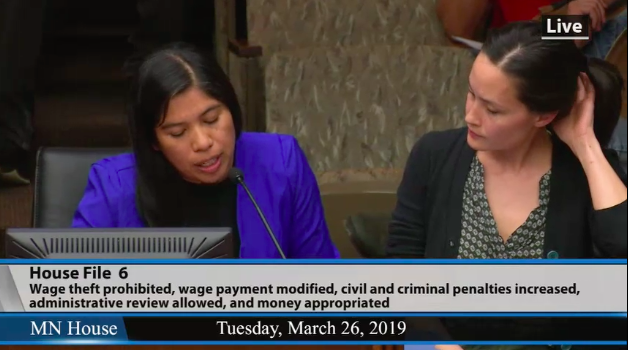 “It gives us hope because we’re being taken seriously,” said Nely Bautista, a wage theft victim and member of Centro de Trabajadores Unidos en la Lucha, a labor advocacy group in Minneapolis. “This change comes from us, the workers. I’m happy because this is going to benefit a lot of people. We are going to be able to work more confidently with the knowledge that the law protects us.” “Lawmakers to vote to make wage theft a felony crime in Minnesota,” Stephen Montemayor, Star Tribune, May 23, 2019.

After years of CTUL members fighting for stronger worker protections, Minnesota will now have one of the strongest anti-wage theft laws in the country! Some of the highlights include:

This is a step forward for working people and for increased equity in the state of Minnesota. Immigrants, people of color, and women are all impacted disproportionately by wage theft – we are shifting resources to enforce the laws that protect us. 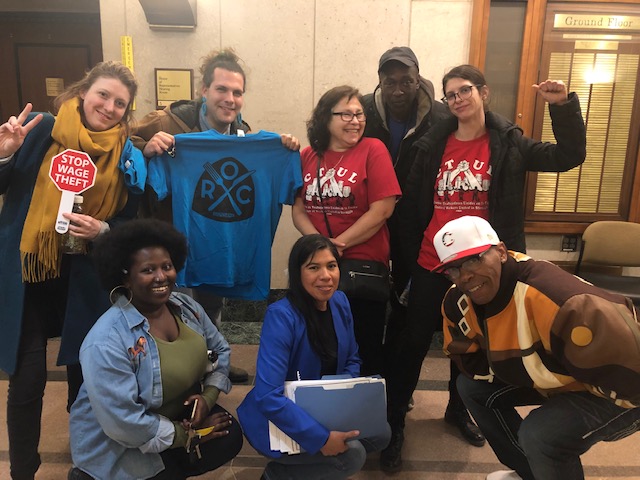