Industries and regulations have been shifting, and when things change and workers aren’t in on the process, they are the ones who suffer. With shifting job markets, there is opportunity for employers to reset all of the progress that workers have made in different industries, with few unions to keep them in check. We needed a way to build a base for a movement. We needed a way to train more and more workers to be able to defend their rights, and spread that knowledge to others.

Low-wage workers participate in a series of four in-depth workshops, learning about their rights in the workplace, and how to defend their rights. Defensores participants lead surveys with workers in low-wage industries throughout the Twin Cities metro area to shine a light on the conditions they are facing day in and day out.

In October 2015 CTUL published a preliminary report based on the results of these surveys. Click here for a summary of CTUL’s recommendations from the report to end wage theft in Minnesota

Leaders in Defensores are transforming their workplaces by continuing to organize to ensure that they have a voice on the job and are able to defend their rights as employees. 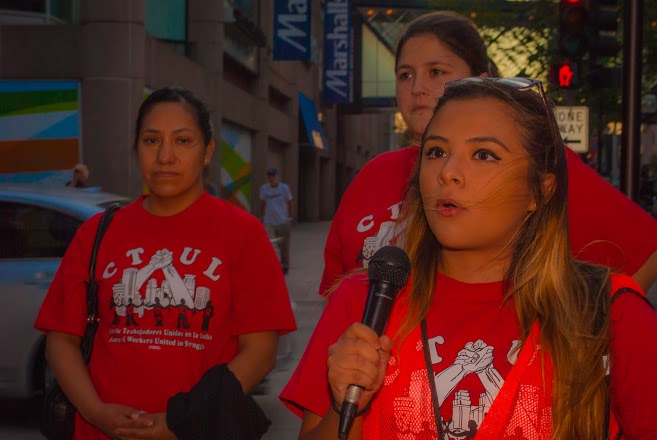 Through the Defensores campaign, workers have led campaigns to recover over $2 million in stolen wages.

Won long-term changes, improving the conditions for over 5,000 low-wage workers.

Successfully fought for $5.5 million in additional wages in the poorest communities in the metro area.