Over 300 striking fast food workers and community allies came out for an action this morning at the McDonald’s at 24th and Nicollet in South Minneapolis. 21 striking fast food workers organizing with CTUL, home healthcare workers organizing with SEIU Healthcare Minnesota, and community allies were arrested in peaceful act of civil disobedience, calling for $15 and union rights.

All photos by Patience Zalanga 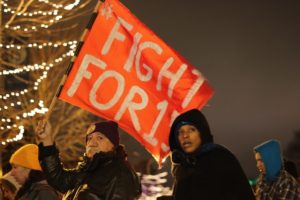 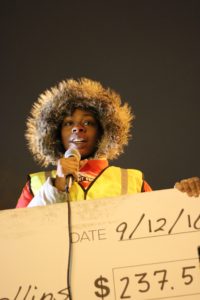 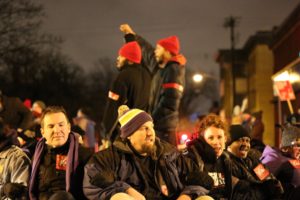 “We are out here today on strike and risking arrest,” said Steven Suffridge, CTUL  member and McDonald’s employee. “We have been organizing for a few years now and have won raises in cities all across America. Here in the Twin Cities we have won paid sick days and will continue to fight until we win $15 and a union. I am willing to be arrested today to let corporations and elected officials know that we are going to keep fighting until we win!” 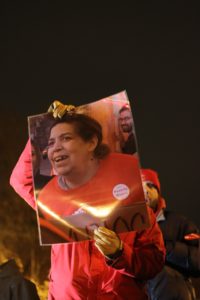 Last year Teresa Benson, an employee of McDonald’s and leader with the Centro de Trabajadores Unidos en Lucha (CTUL), tragically and unnecessarily passed away. Teresa worked for one of the wealthiest corporations in the country, yet she was homeless, had no medical care, and ultimately ended up losing her life on the streets. We refuse to lose another community member to corporate greed. 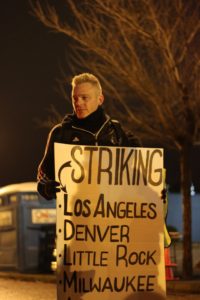 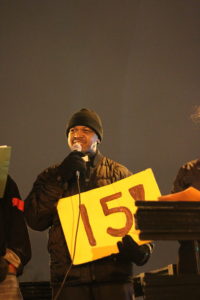 Rev. Paul Slack, President of ISAIAH, spoke at the action, and later was one of the 21 people arrested in the peaceful civil disobedience action. 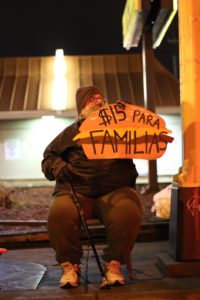 Joseph Bunce, once of CTUL’s original members, and active Board member 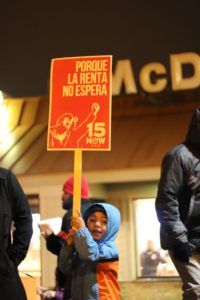 Kids came out to help keep up the energy on a cold, early morning. 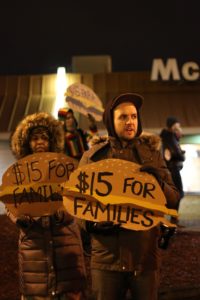 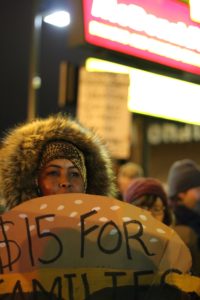 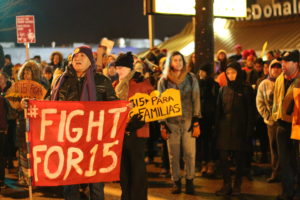 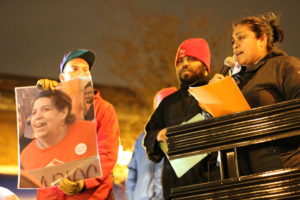 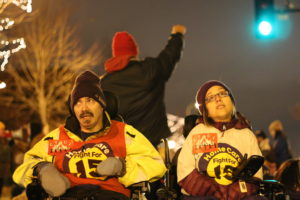 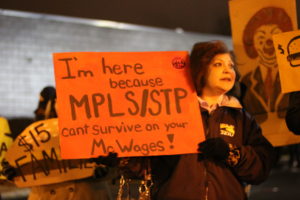 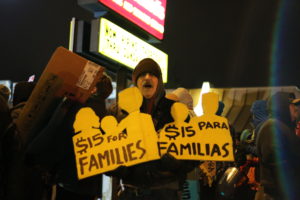 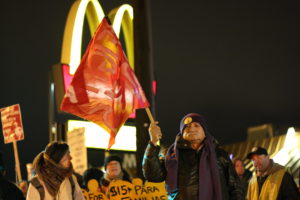 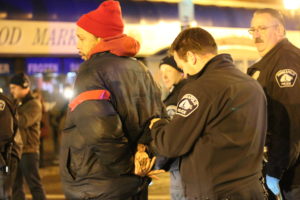 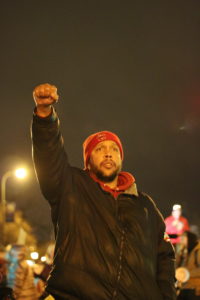 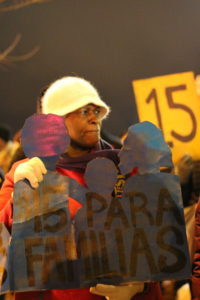 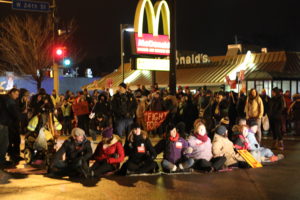