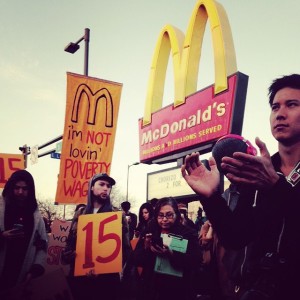 Step by step, paso a paso, we are changing the world. Two years ago 200 fast food workers in New York walked out on strike. On April 15, 2015 tens of thousands of low-wage workers stood up across the country, demanding $15 and union rights. Between this time, corporations from Walmart to McDonald’s have raised wages by $1-2 an hour, and cities and states around the country have raised minimum wages.

Check out the 4.15 actions in the Twin Cities below… 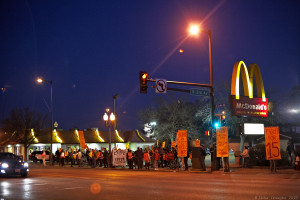 Long before the crack of dawn, when thousands of workers are making their way to low-wage jobs around the metro area, the fast food strike began in the Twin Cities. Striking workers were joined by around 200 community allies for an action at the McDonald’s at Lake Street and 2nd in South Minneapolis. 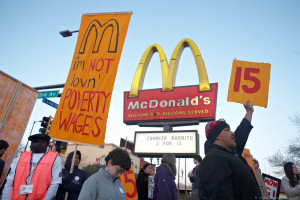 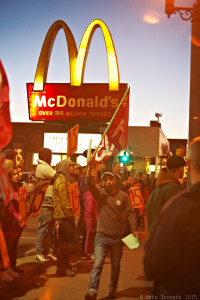 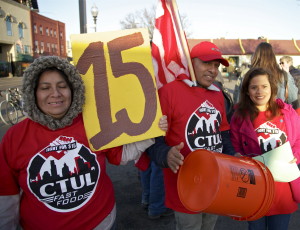 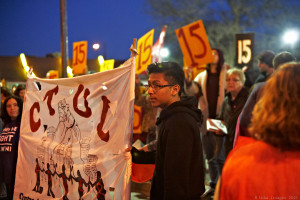 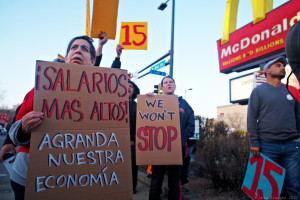 At 6:30am workers began a program with many community allies, including: 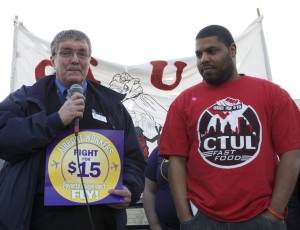 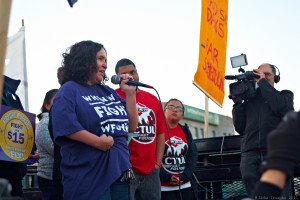 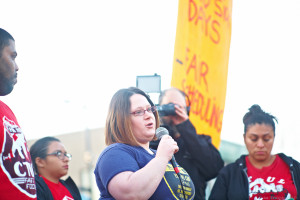 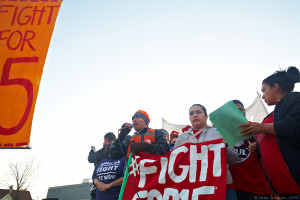 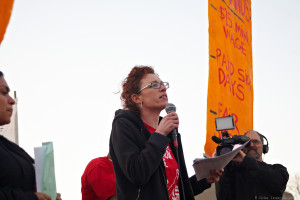 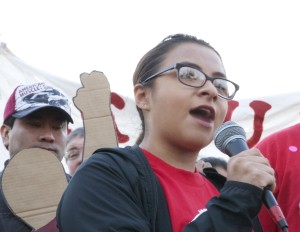 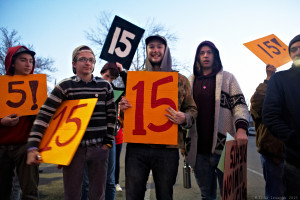 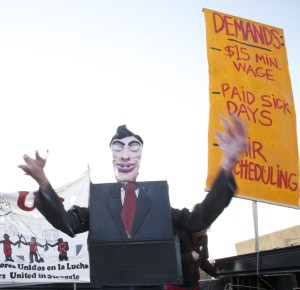 We were also joined unexpectedly by Corporate Greed 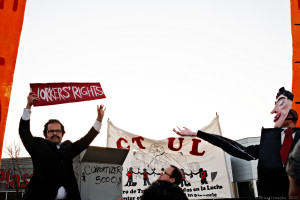 But striking workers were not deterred. Together we delivered a letter to the McDonald’s manager. 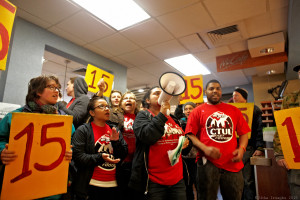 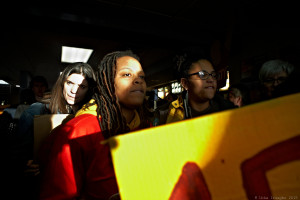 We then prepared for afternoon actions. As we led delegations to stores throughout the metro area, many other workers joined the strike. We also found out that Popeyes on Lake Street was shut down the entire day! 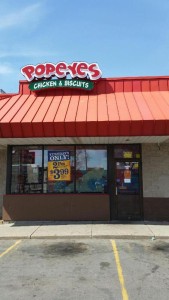 Look closely at the door – there is a note posted that the store was closed for the day! 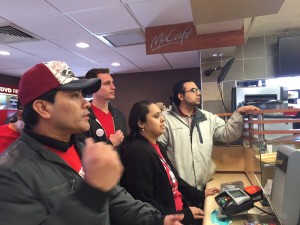 Delegation to speak with workers 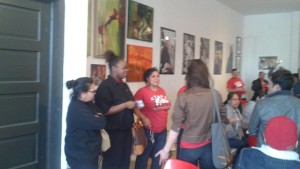 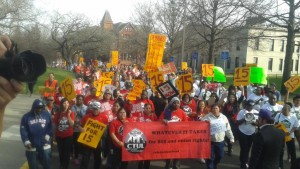 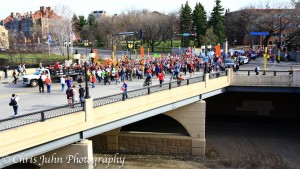 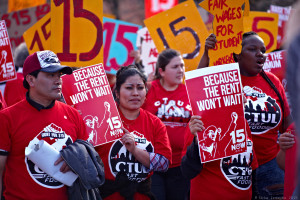 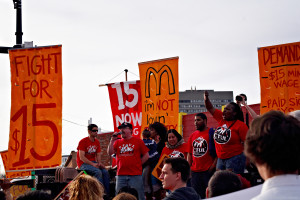 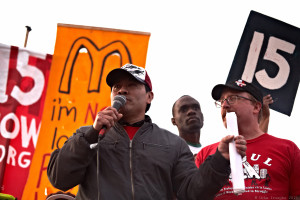 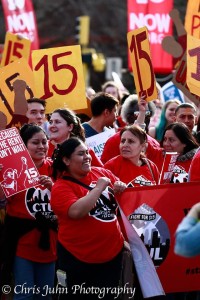 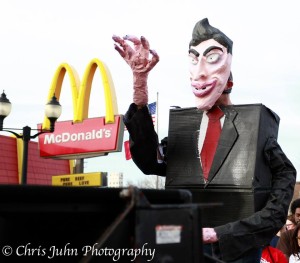 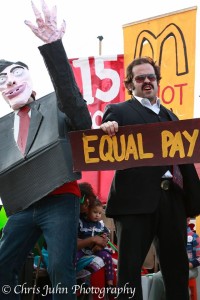 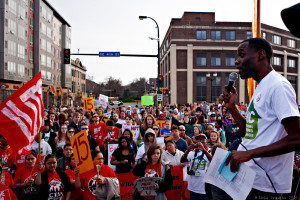 Thank you Uchechukwu Iroegbu, Ryan Stopera, and Chris Juhn for the photos! Check out our Facebook page for more pictures.