CTUL began as a program of the Workers Interfaith Network (WIN) in 2007. Any low-wage worker who was facing a problem in the workplace could come to CTUL. CTUL partnered with workers through leadership development and direct action, so that workers learned about their workplace rights, and how to exercise those rights to win change. Early fights included workers from Best Brands Bakery and D’Amico’s. 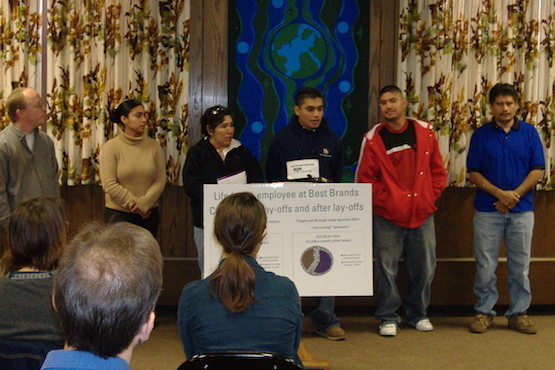 2009 – Building membership and forming our own organization

In 2009 the most active worker leaders chose to form a membership structure, so that workers could identify themselves as part of a movement for systemic change in the workplace. Low-wage workers who have come to at least three activities with the organization can become a member by paying $10 for an ID, and $50 per year dues. Workers in many cases have used their IDs when talking with their employers to demonstrate that they are not alone.

Workers also chose to separate from WIN to ensure that low-wage workers of color led their own organization. CTUL’s Board is made up entirely of low-wage worker members from our base.

After a series of meetings over several months to talk about our impact in shifting the balance of power in the workplace, CTUL members came to the conclusion that while we were doing good work in recovering unpaid wages and winning changes in individual workplaces, we were essentially acting like firefighters putting out fires after they had already been lit. Instead, we want to grab the pyromaniac who is lighting the fires to prevent them from being lit in the first place.

After leading surveys with workers in several industries, members decided to focus on a proactive campaign in retail cleaning. 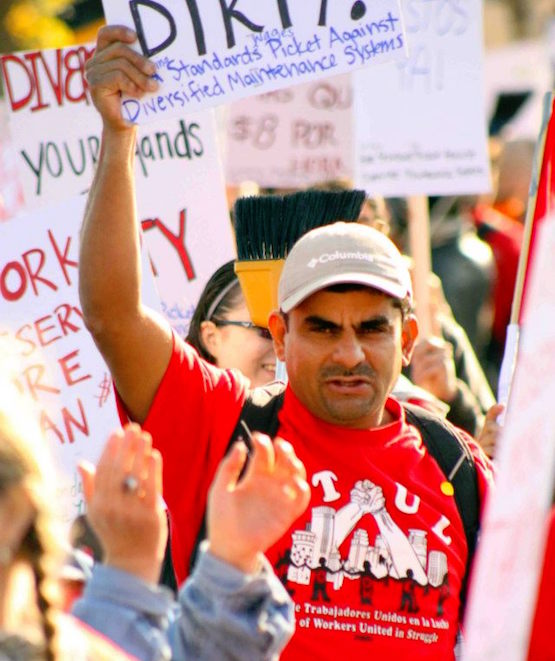 2014 – Winning a voice at the Table: Fight for $15, Defensores, Responsible Contractor Policy

After years of organizing marches, strikes and more with retail janitors, and after a year of dialogue between retail janitors and Target executives, Target created a Responsible Contractor Policy that ensures the fair treatment of the workers who clean Target stores in the Twin Cities metro area.

Through this work, CTUL members have successfully created safety committees in several workplaces that are made up of 50% workers elected by their peers which meet once a month to discuss health and safety concerns in the workplace.

Members have gained important changes through this table, including upgrading equipment, not having to pay for t-shirts, resolving workplace accidents, and more. CTUL has also maintained open dialogue with Target Corporation to deal with broader health concerns in the community such as access to paid sick days. CTUL has also engaged other corporate partners in changing the retail janitorial industry.

CTUL has now expanded our organizing programs to include organizing fast food workers as part of the national Fight for $15. One CTUL member, Guillermo Lindsay, serves on the National Organizing Committee of the Fight for $15, making decisions about the future of the campaign. (include brief description of the campaign).

CTUL also leads the Defensores de Derechos (Workplace Rights Defenders) Program, developing the leadership of workers from all low-wage worker industries, and providing a way for workers to participate in a movement for systemic change.

There are no short-term solutions to racial and economic inequity. The problems we face will not be solved by just winning one-off solutions like a $15 minimum wage or paid sick days. We need long-term solutions that ensure worker voice in shaping the decisions that impact our workplaces and our communities. We need permanent institutions of power led by working communities of color that have the vision, the capacity and the stability to innovate, dream big and accomplish their dreams. Through our worker-driven campaigns, CTUL is opening the space for workers to have a voice in shaping their workplaces, communities, and politics. 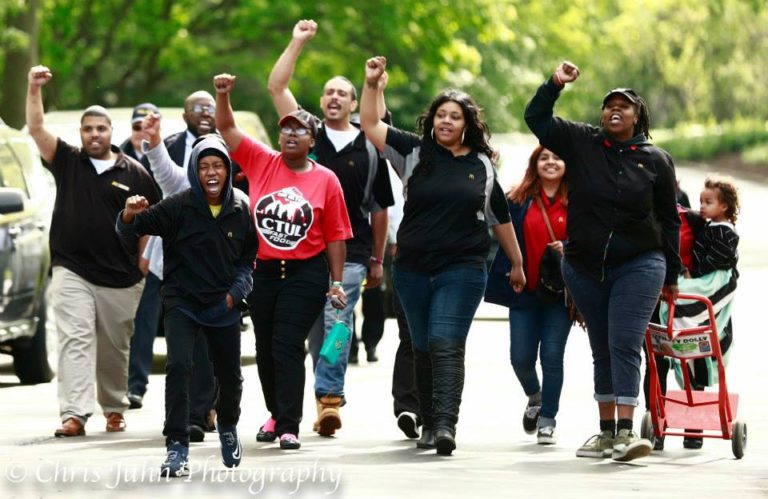