Over the past four years, retail janitors who work for contracted companies cleaning Target and other stores in the Twin Cities have been organizing for fair wages, fair working conditions, and a voice in the workplace. Workers have won some important changes, but they are still paid sub-poverty wages with little to no benefits. On May 21st, retail janitors will be wearing buttons to work that state “Sick of Poverty Wages”, a first step in plans for larger actions in the end of June. 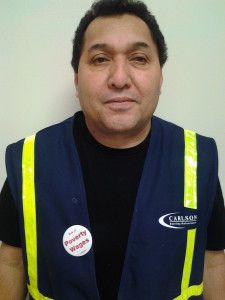 At the same time, allies around the country will send delegations of 3-4 people to local stores to inform managers of what is taking place in the contracted cleaning of stores in the Twin Cities. We are including below Delegation Kits for people who would like to organize a delegation in their community. If you have any questions about the delegations, contact Brian Payne of CTUL at brian@ctul.net