Minneapolis, MN – Twin Cities janitors who worked for a contracted company cleaning Macy’s and Herberger’s stores flew to Washington, D.C. to join a Congressional press briefing on wage theft, supporting the Pay Stub Disclosure Act (H. R. 4376). The two workers, Leticia Zuniga and Abraham Quevedo, are members of Centro de Trabajadores Unidos en la Lucha (CTUL), a Workers’ Center based in the Twin Cities that organized a recent strike with retail janitors demanding an end to wage theft in the industry. Both workers were part of a class action lawsuit that recently reached a proposed settlement for $425,000, in which janitors complained of wages as low as $4-5 an hour. Original sponsors for the Pay Stub Disclosure Act include Representative Robert Scott and Senator Al Franken. Panelists at the briefing will include a worker from CTUL, U.S. Representative Keith Ellison, and experts from the United States Department of Labor, Interfaith Worker Justice, and the National Employment Law Project. 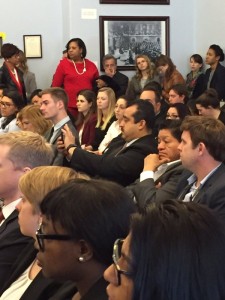 Each week, millions of American workers are victims of wage theft, shrinking their paychecks and further exacerbating income inequality. A study commissioned by the Department of Labor in 2014 estimated that there were over 600,000 weekly minimum wage violations in California and New York, representing 3.5 and 6.5 percent of covered, non-exempt jobs in those states respectively. These violations added up to $28.7 million in weekly lost income for California’s workers and $20.1 million in weekly lost income for New York’s workers. 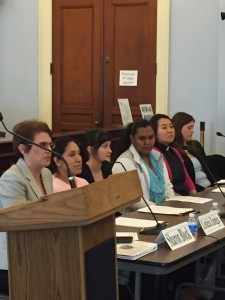 The Pay Stub Disclosure Act will: