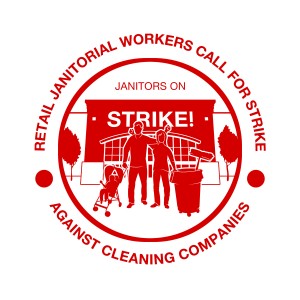 Workers from CTUL, Working America, NOC, and SEIU Local 26 gathered this morning at Local 26′ new office in North Minneapolis. Each of group met to plan next steps in organizing our individual campaigns, as well as how to build together in the movement for $15, paid sick days, fair scheduling and an end to wage theft in Minneapolis by moving the Working Families Agenda.

CTUL members met to plan for the November 10 strike deadline with retail janitors: 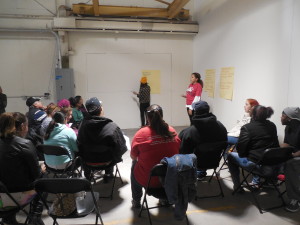 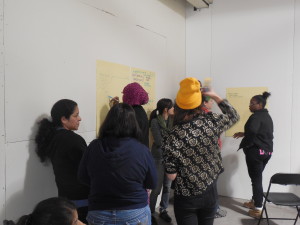 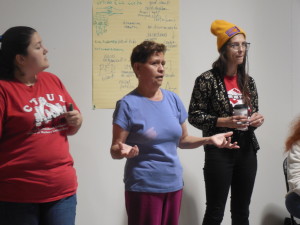 Following the meeting, CTUL members joined hundreds of other workers for a march on U.S. Bank, calling out the corporation for standing in the way of workers’ rights by opposing the Minneapolis Working Families Agenda. Workers were joined by environmental activists from MN350 and other groups, calling out U.S. Bank for its role in financing environmental destruction. 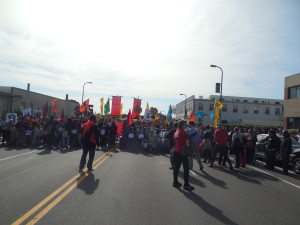 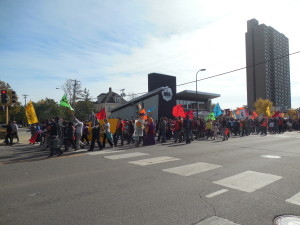 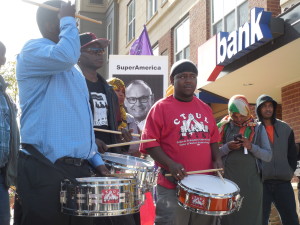 At the end, the hundreds of marchers turned their eyes towards the Next Step for Justice: November 10th, standing with retail janitors who work for contracted companies cleaning Macy’s, Kohl’s and other stores. 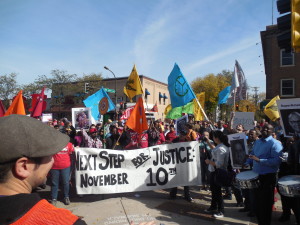