CTUL will be leading presentations about the reality faced by workers who clean Target and other stores in the Twin Cities metro area. 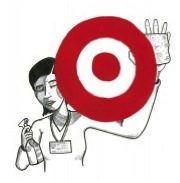 “Target: Behind the Brand. The Story of Exploitation in Retail Cleaning”

Centro de Trabajadores Unidos en la Lucha (CTUL) is a low-wage worker-led organization that is fighting for fair wages, fair working conditions and a voice in the workplace for all workers in the Twin Cities. From April – June 2013 CTUL will lead presentations about the Campaign for Justice in Retail Cleaning. We aim to educate and engage our communities in this important struggle by providing this opportunity for workers to tell their stories of exploitation and struggle for change, as well as offering opportunities for community allies to take action in solidarity with workers.

Presentations include facilitated discussion led by retail janitors, videos of the campaign, and our newly revamped portable museum about the reality faced by janitors who clean Target stores (see below). Presentations are flexible and can last anywhere from 5 minutes to an hour. To arrange for a presentation, please contact Brian Payne at 612-859-5750 or brian@ctul.net

Highlights of the Museum:

–       The reality faced by janitors who clean Target stores:

–       History of workers organizing for change