10/14/13 – CTUL member Enrique Barcenas, who works for Prestige Maintenance USA cleaning a Target store, participated today in a Roundtable with U.S. Rep. Keith Ellison and U.S. Rep. Rick Nolan calling for an increase in the minimum wage. At the end of the Roundtable discussion, Enrique announced a huge update in the Campaign for Justice in Retail Cleaning – stay tuned for more details. In the meantime, click here for more pictures from the Roundtable.

And make sure to check out the powerful editorial by U.S. Rep. Ellison about the campaign. 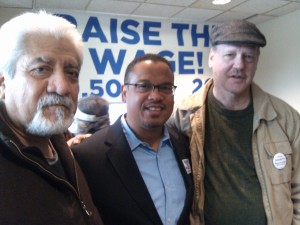 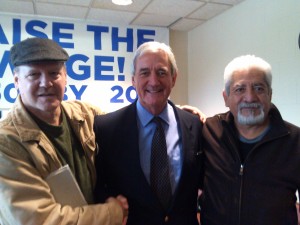 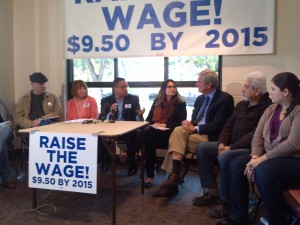