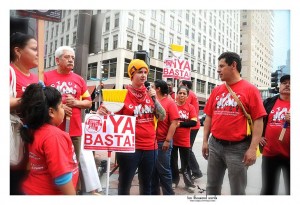 Over the past six months there has been a growing wave of strikes led by low-wage workers, from fast food workers to retail workers at Walmart to retail janitors. From afar one might ask, what has been the effect of this movement? Looking here on the ground in the Twin Cities, we see significant change. Read on to see all of the momentum for change that has grown over the past few months – the movement is working! Still, these changes are just beginning…workers continue to organize to ensure long-term changes that ensure fair wages, fair working conditions and a voice in the workplace. 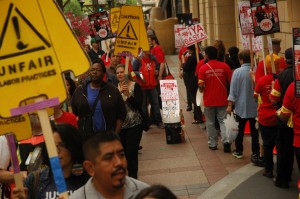 On Monday, June 10, retail janitors who work for contracted companies cleaning Target and other stores in the Twin Cities metro area walked out on strike for the second time over the past four months. Well over twice the number of workers participated in this strike than the first. Hundreds of community allies poured into the streets to stand with workers on picket lines. So what is the result of all of this? 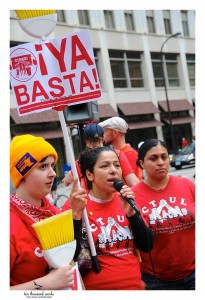 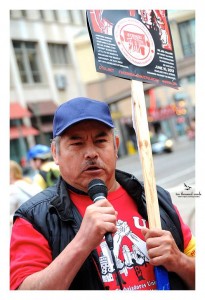 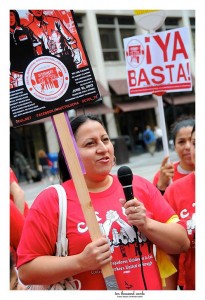 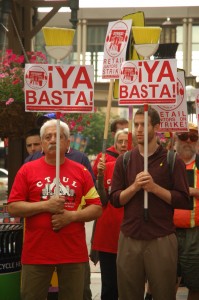 One of the striking workers, Enrique Barcenas, sums up the power of this moment: “Me and another striking worker drove with some allies 15 hours without sleeping at all, to have the chance to speak with Target representatives. I was nervous because I didn’t know what it would be like to meet with these people who have so much power. I didn’t know if they would listen to us or what they would say to us. But once I was sitting in the meeting, I lost my fear. I realized that I was sitting across the table from some pretty powerful people…which meant that I was also a powerful person.” 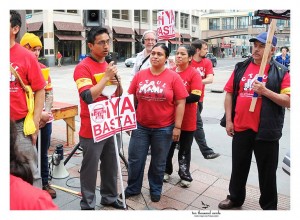 While all of this is significant, the retail cleaning industry is still based on a competitive bidding process that pits dozens of cleaning companies against each other for the lowest possible bid. If the only standard for cleaning contracts is the lowest possible bid, workers will continue to face sub-poverty wages, and continued violations of federal and state labor laws. So, while we are hopeful that ongoing dialogue with Target will lead to improvements in the industry, until there is a resolution to these issues, workers will continue to take action to ensure that cleaning contractors respect the right to organize, and to ensure that all retail janitors have fair wages, fair working conditions and a voice in the workplace. It is the leadership of workers, combined with the solidarity of community allies, that has brought us to this point…let’s keep the movement growing! 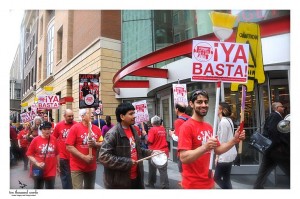 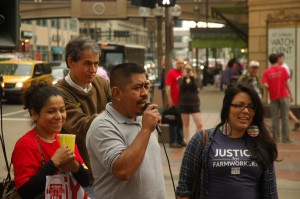 Lucas Benitez from the Coalition of Immokalee Workers, and Claudia Saenz from the Student / Farmworker Alliance 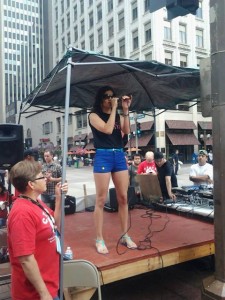 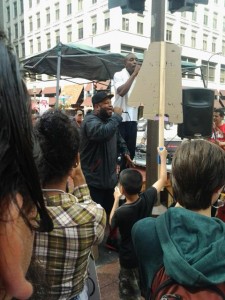 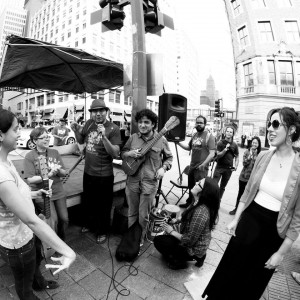 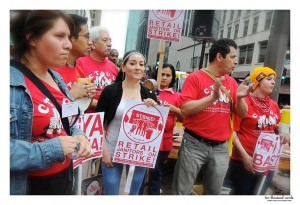 Updates and pictures from day 1 of the strike.
–

Updates and pictures from Day 2 of the strike.